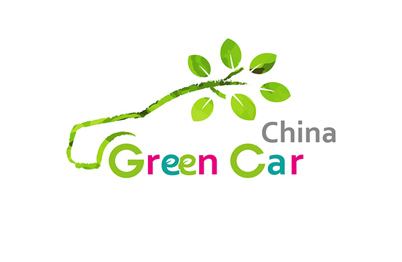 Is the future of electric vehicles damaged by the chaos surrounding Tesla? Absolutely not. Whether thecompany survives in its present form or not is irrelevant. The future of EVs will not be determined by anything that happens in California but by decisions being taken 6,000 miles away in Beijing.Meanwhile, the EV business goes from strength to strength — not in the US, but in China.

There are some 3m electric vehicles worldwide, about two-thirds of which are made and used inChina. Production of electric and other non-petrol vehicles in China rose to 500,000 in the first half of thisyear. So far this makes no more than a tiny dent in the global market for cars and light vans of some 1.1bn vehicles.

The next step is crucial. Having created a viable commercial operation with functional and efficient cars, will the Chinese government now mandate their use? Consumer goods have become an important part ofthe political settlement in China: instead of democracy and freedom of speech, the promise is of ever higherliving standards defined by improvements in housing and access to cars and other goods.As China has become more prosperous, car ownership has boomed and is now within the reach of thegrowing middle class, with possession rising from barely 20 per 1,000 of the population at the turn of the century to more than 100 per 1,000. New vehicle licences are running at more than 1.5m a month. This has contributed both to pollution and the growing volumes of oil imports, which have risen to almost 9m barrels aday. Demand continues to grow; car ownership per head is still only one quarter of the European average.EVs offer a practical answer.

They are cleaner (although as 80 per cent of China’s electricity still comes from coal, that rather reduces their positive impact) and they can reduce oil demand. Even more important, they have the potential to become a new source of employment and export earnings for the country.The initial public offering of China’s Nio, ahead of its New York listing, will have been watched withinterest by the hundreds of other EV start-ups in the country.

The lossmaking group, backed by Tencent,raised just over half its $1.8bn target, but its shares then jumped 76 per cent on the first day of trading.The key to sustainable rapid growth for EVs lies in compulsion. If, for instance, China insisted that aquarter of new licences be given to EVs over the next five years, some 25m to 30m would be added to the global total. To speed up the pace of change, older vehicles running on internal combustion engines could betaxed or regulated out of existence. And in some cities licences could be restricted to EVs alone.

This is no fantasy. Several big cities across China are experimenting with incentives and restrictions toforce EV take-up.Having created a huge industry, and no doubt reduced unit costs, there would then be no barrier to exports — starting in Asia and perhaps extending into Africa and Latin America, with Chinese companies managing local production.

This industry would be reinforced by the strength of China’s battery sector, which supplies the majority of all battery production and is a leader in the technology involved. On current plans, its production willsoon outstrip the combined total of the rest of the world by a factor of three.No doubt EVs will be manufactured in the US and a few European countries. Tesla deserves the chanceto recover under new management. In Europe, the UK and Germany in particular have the potential to combine the strengths of academic research with those of the car industry.

Overall, however, any significantshift to EVs will be led by China, with technology backed by the full power of government.The impact of all this on the oil market is minuscule, at present. But energy companies should avoid complacency in relying on ever-growing sales of oil and gas to China to sustain the global market. An energytransition with Chinese characteristics is already under way.